In the wake of the first Test which saw the Lions emerge victorious against South Africa in Cape Town, Springbok scrumhalf Faf de Klerk has echoed what many feel will be the case next weekend, saying that the wound inflicted on them by their opponents will make them more dangerous the second time they come to blows.


The Lions turned a 12-3 half-time deficit into a 22-17 win after a brilliant comeback in the second half.

“We are a proud team, a proud nation, we definitely will make sure we rectify the errors that we made,” said De Klerk.

“That’s pretty much it, we’ll definitely come back with a bit more fire in our belly, a bit more anger, but we need to control the anger to make sure our discipline is in check. 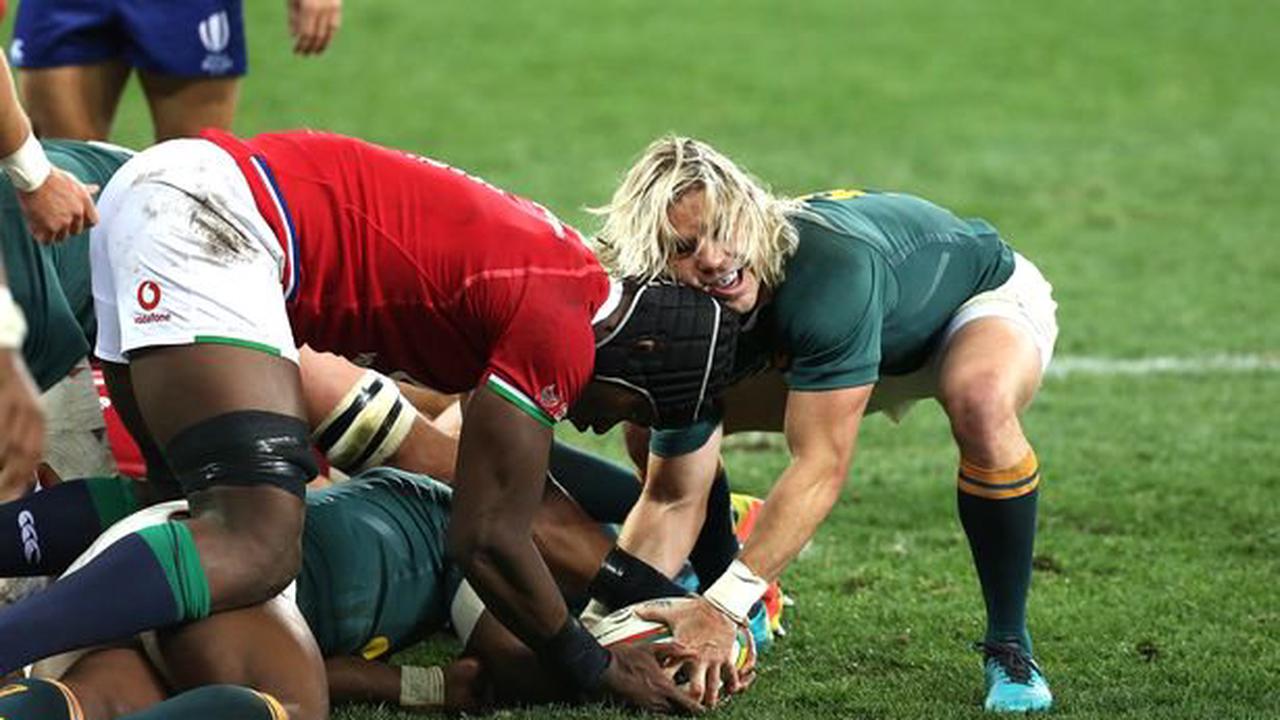 “If our discipline is good and we can sort out our aerial battle, we should be all good going forward.

“It’s going to be another massive challenge next week, but we’re looking forward to it.

“We’re wounded Springboks, we like having our backs against the wall and we can fight our way out of that.”

The Springboks are indeed known for playing their best rugby after not being given a chance, but it is clear that they are lacking match-fitness which is why they lost their way in the second half. However, de Klerk believes that the Boks still have much to offer and the series is not out of reach.

“They are a quality side and the challenge for us, from a Lions point of view, is that the guy that comes off the bench is probably better or just as good as the guy that’s playing,” he continued.

“That’s the challenge we have to face, our discipline slipped in the second half.

“If we could replay the first five minutes of the second half it would probably be a different outcome. A really close game, a few decisions maybe, not wrong but could have gone either way.

“We’re very disappointed in the changing room, the boys are really gutted.

“It’s a three-Test series, so we need to hold our heads up high. There’s a lot of guys who haven’t played for a long time, it was great to be out there with the boys again.

“A lot of learnings, but there can’t be any more excuses. We have to take this on the chin and move forward.”