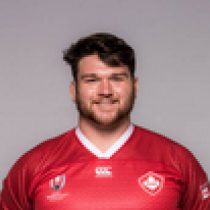 A native of Mississauga, Ontario, Tierney made his Top 14 debut in May 2016, two months before his 20th birthday.

Tierney’s international career has fruitful since making his test debut against Russia at Calgary in June 18, 2016.

Ahead of the Pacific Nations Cup in 2019, Tierney has 17 test caps for his country, 10 in the starting line up.