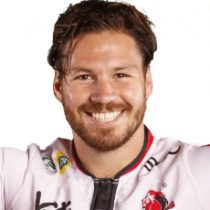 Louw showed potential from a young age as he was selected for the Cheetahs team at the U13 Craven week.

High School was no different for the centre as he represented the Cheetahs at the 2012 and 2013 U19 Craven weeks.

In 2016 he was named in the Sharks Super Rugby squad but failed to make an appearance. He did, however, represent the UKZN Impi in the Varsity Shield competition.

Later in the year he was named in the Sharks Currie Cup side but failed to make his debut, instead he started 5 times for the Sharks U21 side.

Louw was included in the Sharks 2017 Super Rugby squad and was named on the bench for the first time against the Bulls in Super Rugby Round 15.

In December Louw signed an extension with the Sharks that will see him remain the side until 2020.