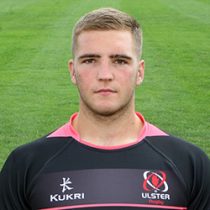 Marcus has been included in the Ulster Academy for the 2016/2017 season.

The Antrim native plays his rugby for Queens University. The all-action back rower featured for Ireland during the 2017 U20 6 Nations campaign.

Having captained Ulster A during the Celtic Cup and Rea made a try-scoring contribution in a Man of the Match display on his senior debut versus Leinster in April.

Rea made a real statement on his debut scoring a try making 19 tackles and 18 carries and has since been included in the senior squad for the 2019/20 season along with his older brother Matthew.