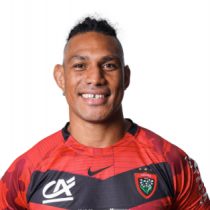 Growing up in Tonga, Lopeti attended Atele Boys College and played his rugby for the Silapelu’ua club. He moved to Australia to pursue a rugby league career with the Canterbury Bulldogs, where he played 24 games in the U/20 Toyota Cup between 2009 and 2010.

His physical playing style and prior experience in rugby union caught the eye of selectors, and he was offered a contract to come back into the rugby fold with the HSBC Junior Waratahs for 2011.

From there, Lopeti’s professional rugby career has gone from strength to strength. He represented the HSBC Junior Waratahs in the 2011 IRB Pacific Rugby Cup and played alongside Grayson Hart at Southern Districts in the Shute Shield where he developed his ability to play at lock in addition to the back row.

He started his Super Rugby career with the Waratahs before joining the Melbourne Rebels in 2014.

Having made his Wallabies debut in 2016 against Argentina in Perth, the formidable back row force extended his contract with the side until at least the 2019 Rugby World Cup in Japan.

In 2018 he signed a deal with La Rochelle and has been granted an early release for his contract with the Rebels to sign a three-year deal with the Top 14 club.

He played represented the Wallabies 12 times and made 55 appearances in Super Rugby.

The powerful forward completed his stand-down period from test rugby and in 2021, he turned out for Tonga in an Olympic 7s event. This made him eligible to represent Tonga's Test side despite playing 12 times for Australia.

He made his debut for Tonga against England in November 2021.