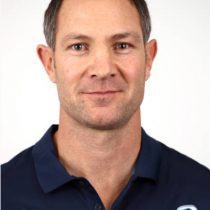 He made his provincial debut for Marlborough in 1994, and went on to to represent Canterbury in the National Provincial Championship.

MacDonald made his international debut for New Zealand in 2002 against Scotland at the age of 22.

He scored a total of 141 test points (14 tries, 25 conversions, 7 penalties) in the 46 tests he played, having also appeared for New Zealand Māori, playing three games, including the winning try against the British and Irish Lions in 2005.

The 2004 season saw him venture to Japan to play for Yamaha Jubilo before trading it for Kintetsu Liners in the 2009/2010 season. A serious concussion, suffered playing for Kintetsu in a pre-season game in Japan prompted the decision to retire, ending a remarkable career that began back in 1994.


MacDonald headed up the Crusaders backline for the 2017 Super Rugby season helping the side secure their 8th Super Rugby title. He then lead Tasman to their 2nd Mitre 10 Cup final in two years, where they were beaten by Canterbury.


In October 2017 MacDonald activated a clause in his contract that allowed him to leave the Crusaders after one season. In May 2018, the Blues announced that the Tasman Mako Head Coach will join the club in 2019 as Assistant Coach but was promoted to head coach ahead of the 2019 season.

In November 2020, MacDonald extended his stay at the Blues until the end of 2021.