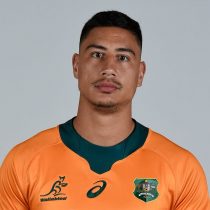 Originally from Hamilton in New Zealand, Foketi first made a name for himself on the rugby field as a Colt in the Manly Marlins side in Sydney. It didn’t take long for Lalakai’s on-field efforts to be noticed, however, finding himself in the Australian U20s side in 2013 and 2014.

After earning a contract with the Melbourne Rebels in 2014, Foketi ironically made his Super Rugby debut against the Waratahs that year and made one further appearance for the side.

Following a short stint with Bayonne in the south of France, he headed across to New Zealand to take up an offer with Bay of Plenty.

Now maturing as a centre, Foketi returns to NSW looking to put his worldly rugby ability to the test in the Super Rugby. Lalakai made his Super Rugby debut for the NSW Waratahs against the Stormers on February 24th at Allianz Stadium in 2018.

By the time the 2020 Super Rugby was cut short due to the global pandemic, Foketi had made 30 appearances for the Waratahs in Super Rugby.