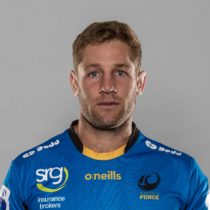 Despite being born in Zimbabwe's capital Harare, Godwin attended school in Perth and has represented Australia at Under-20 level.

A distributing centre or flyhalf, Godwin looks comfortable on the ball and packs well above his weight in the physicality stakes.


The former Nedlands player debuted for the Force back in 2012 before taking home the Rising Star, Members’ Most Valuable Player and the prestigious Best and Fairest Nathan Sharpe Medal just one year later.

Godwin made his Wallabies debut in 2016 against France, celebrating his 50th appearance for the Force the same year.