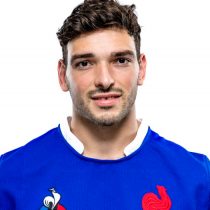 Julien Heriteau spent five seasons at Agen who he joined at the age of 15 after playing at Lectoure in the Gers.

He became known for his work rate, strength and passion for the game, Heriteau gained a lot of praise during his time at Agen before he signed a 3 year deal with Toulon ahead of the 2019/20 season.

He enjoyed a rip-roaring start to his career in Toulon scoring 4 tries in the first 9 Top 14 games of the season.

In January 2020 he was included in France Six Nations squad, where he looked to make his test debut in a competitive French midfield.