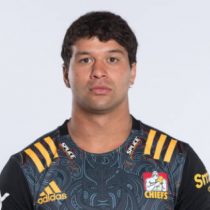 He played for King's College first XV, helping them reach the semi-finals of Auckland's 1A competition in 2013. Lowe also played for Auckland and the Blues at under-18 level.

He was a New Zealand Schoolboys representative in 2014 and a member of the New Zealand Under-20 side which competed in the 2016 World Rugby Under 20 Championship.

Following successful stints with Hawke's Bay and the U20 All Blacks, Lowe was pulled into the Hurricanes and is likely to make his debut in the 2017 Super Rugby season.

In April 2017, Lowe was named in the Provincial Barbarians side to face the Lions in their tour opener in Whangarei on June 3. Capable of playing centre or wing he is known for his try-scoring ability. Spent 2017 with the Hurricanes and impressed during the preseason.

In 2018, Lowe was a member of the Māori All Blacks squad that toured the United States, Brazil and Chile. Ahead of the 2020 Super Rugby season, Lowe, named for the Hurricanes squad, has obtained 3 caps and will definitely be looking to add to this.

He heads to the Chiefs following an exceptional run of form for the Magpies in where he helped the side with the 2020 Mitre 10 Cup Championship Final, he scored two tries in the teams’ 36-24 win over Northland.