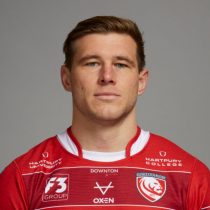 Woodward played for the Upper Hutt Premier team, and was a regular in the Upper Hutt Leader. In 2010, Woodward made the New Zealand U20s and represented New Zealand at the IRB Junior World Championship in Argentina, helping the team to win the competition undefeated.

Woodward joined the Melbourne Rebels, however an injury sustained pre-season delayed his debut until round six of the 2013 Super Rugby season. Woodward joined the Hurricanes after signing a two-year deal to return to his home franchise. The then 24-year-old returned to Wellington at the end of the 2014 Super Rugby competition ending a two-season stint with the Melbourne Rebels.

On 12 September 2016 it was announced that Woodward had signed a two-year deal with Aviva Premiership club Bristol Rugby. Jason spent 6 months with Bristol Rugby and moved to Gloucester Rugby ahead of the 2016-17 season.

In May 2017 he was invited to a training camp with the senior England squad by Eddie Jones.