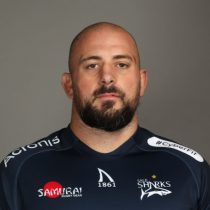 Cooper-Woolley was involved with Harlequins at youth level before heading to University in Wales.

He captained Cardiff University to Welsh Varsity triumph at the Millennium Stadium in 2012, his season for Cardiff was cut short due to a long term injury..

Joining Wasps from Cardiff in 2013, he previously spent two seasons in the Welsh Premiership playing with Bedwas and Dorking.

Cooper-Woolley was announced as one of the five players who signed long-term contract extensions with Wasps in May 2016.

After 122 appearances for Wasps, Cooper-Woolley signed a three-year deal with Sale Sharks.