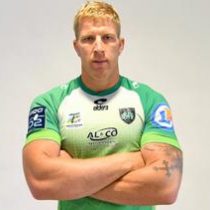 Jacques first rose to prominence playing for the Southern Kings in the 2013 Super Rugby competition.

He then represented the Bulls for two years but said the move to Pretoria was the "biggest mistake" of his rugby career and returned to the Kings in 2015.

In 2016, he again played Super Rugby for the Kings, before being loaned to the Boland Cavaliers for the 2016 Currie Cup Premier Division.

He was one of the Kings’ contracted players for the 2017 Super Rugby season but has opted to leave the franchise.