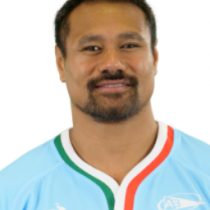 Born in Samoa he moved to New Zealand early on to go and stay with his Grandmother where he attended De La Salle College. He represented New Zealand U-19 where he was named the IRB's Under-19 2005 player of the year and later went on to help Auckland Marist Under 21 side in a championship winning season.

He represented the New Zealand 7's and was a shock inclusion in the All Black squad in 2005 having not yet played Super Rugby. Regarded as a 'project' player in that squad, he went on to make his debut at the age of 19. At the end of his international career, he scored eight tries in 35 tests and won the World Cup with the All Blacks

He was included in the Hurricanes Super Rugby squad in 2006 and moved to the Blues the following season where he stayed for 5 seasons before a 4-year stint in Japan for the Canon Eagles and Kubota Spears.

Toeava made the move to the Top 14 as a medical joker for Clermont in 2016 and impressed earning a long term contract. The deadly attacker, nicknamed 'Ice' helped his side to the Top 14 title.

Ahead of the 2020/21 season after Clermont did not renew his contract he made the move to Toulon.