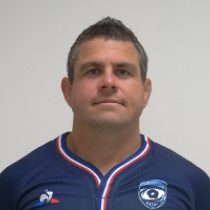 Guirado first came to to public attention in 2006 when he was a member of the under-21 World Cup winning side. He has played over 100 games with Perpignan and, having come through the age ranks at international level, he made his debut against Italy in 2008.

In 2013, Guirado joined Toulon after Perpignan failed to stay in the top league. He has enjoyed massive success with the southern French side, winning both the Top14 and European Champions Cup in 2015.

Off the back of that impressive season, he was named in the 31-man squad to represent France in the 2015 Rugby World Cup. He was France's starting hooker in 4 of their 5 games at the tournament.

Guirado was appointed as the new French captain in January 2016. In May 2018 France coach Jacques Brunel decided to rest the experienced hooker and captain for the June Internationals against New Zealand.

In October 2018, Toulon president Mourad Boudjellal confirmed that Guirado would depart the club at the end of the 2018/19 season with the veteran hooker signing a three-year deal with Montpellier.

He led France at the Rugby World Cup and led the side to the quarter-finals, ultimately bringing his test career to an end.

The ever-consistent and hard-working international, Guirado finished his test career with 74 test caps, 50 starts and tries, leading his country 32 times during his 11 year career.

He won the Challenge Cup with Montpellier in 2021 and a year later the Club won their first Top 14 title.

The veteran hooker confirmed his retirement ahead of the 2021/22 season and finished on a high beating Castres in the Top 14 Final.