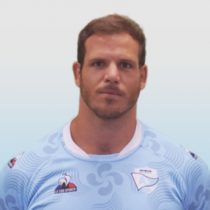 After making 33 appearances for Universitario de Buenos Aires in 2011, Bosch was selected for a South American XV side in a pre-season friendly before the 2014 June internationals.

In 2016, he was later called up for the 2016 Rugby Championship to represent Argentina.

The following year Bosch joined French side Agen, where he spent two seasons.

Sharp in attack and hard on impact, Bosch impressed the La Rochelle team and signed a contract with them in 2019.

As of September 2020, he has made 16 appearances in the Yellow and Black and has scored 10 points.