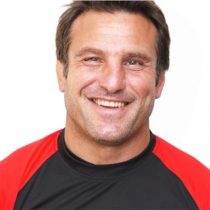 A former hooker who won 4 test caps for France, Fabrice Landreau enjoyed a successful career as player turning out for the likes of Angouleme, Grenoble, Bristol, Racing 92 and Stade Francais.

He featured in two TOP14 finals for Stade Francais losing both but finally found success as a coach as won the competition in 2009 as an assistant to Fabien Galthie.

He departure Stade Francais after the club's success to join Grenoble's coaching staff and remained with the side until 2017 when joined Toulon.

He returned to Stade Francais in 2019 and following the departure of Heyneke Meyer, Landreau was confirmed as the new Sporting Director of the club.