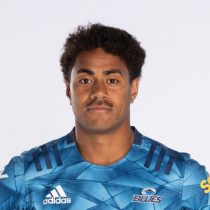 The 20-year-old has been signed for two years after impressing the Blues coaches when he came in as a replacement player this season, and was a stand out player for the Blues A team against the touring Honda Heat side from Japan.

Narawa was born in Fiji, schooled at Hamilton Boys High on scholarship and then recruited by the Bay of Plenty. His debut last year only lasted 50 minutes before breaking his ankle, although he returned to play Sevens for the Steamers and has been impressive in this year’s Mitre-10 Cup.

This exciting young prospect has brought speed, footwork and balance to the Blues attack. Expect his rookie season to be a stand out.