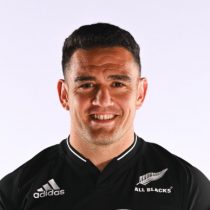 Taylor grew up in Australia, where he was started playing league as a youngster before being encouraged into rugby by his father.

A powerful scrummager, who is equally adept in rucks and in the loose, cemented a place over the following seasons. He was part of the New Zealand Under 20 team which won the 2011 IRB Junior World Championship

Originally from Levin, Taylor made his ITM Cup debut with Canterbury in 2012. He gained valuable experience with the Crusaders as a member of the Wider Training Squad in 2012.
He made his Investec Super Rugby debut in 2013 but injuries limited his opportunities.

As an impressive young player with surprising speed for a hooker, Taylor earned the attention of the Maori All Blacks selectors with solid performances for Canterbury, including three tries in the 2014 ITM Cup regular season and an 89 per cent tackle success rate.

One of the major success stories of 2015, Codie Taylor went from the least experienced hooker in the Crusaders squad to his All Blacks debut and then a spot in the 2015 Rugby World Cup squad.

In June 2017, Taylor was named in the All Blacks' squad for the NZ Lions series, with doubts remaining over the fitness of Dane Coles.

The hooker then became the first All Black to sign a long-term contract with New Zealand Rugby, extending his contract through to 2021 in August 2017. Taylor helped the Crusaders win back-to-back Super Rugby titles in 2017 and 2018 taking his cap tally to 57 in process.

An important leader in the Crusaders side, Codie was named vice-captain of the team alongside David Havili in 2020, but ended up captaining the side throughout Super Rugby Aotearoa when Scott Barrett was injured prior to the start of the competition. With 90 Crusaders caps to his name leading into the 2021 season.

In December 2021, Taylor recommitted long term to New Zealand Rugby, inking a deal through to 2025.

Taylor's test stats as of December 2021