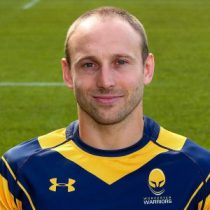 Born in Worcester, England, Pennell is a utility back who can feature at fullback, on the wing or in the centre. Educated at Old Swinford Hospital School, Pennell went on to make his professional debut for Worcester Warriors in 2007.

He made his debut for England when he came off the bench against New Zealand in 2014.

That same year, he signed a contract until 2017 with Worcester Warriors.

The former Warriors captain and vice-captain became the top career points scorer in the 2018/19 Warriors squad with almost 400 including 39 tries, with 10 of them coming in the 2014/15 Championship-winning campaign.