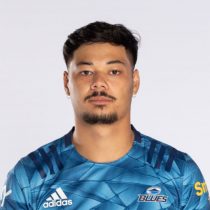 A tall back gifted with power, speed and guile, AJ Lam is comfortable in the centre or on the wing. The younger brother of former Hurricanes and All Black Sevens speedster Ben Lam, AJ Lam is gifted with the same power and explosive speed as Ben while he has a rich rugby background with his uncle being former Samoa captain Pat Lam.

He made his Mitre 10 Cup debut for Auckland in the opening round of the 2019 Mitre 10 Cup against North Harbour where he was named in the starting XV on the wing.