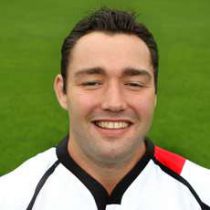 Adam was awarded a development contract with Ulster for 2010-11 but an ankle injury picked up playing for the Ravens in October 2010 effectively ruled him out for the season.

He began his career as a Number 8 at Methody College before converting to prop after school.

He is another player who has come through the Phoenix Academy and played his club rugby for Belfast Harlequins.

The former Methodist College captain played 28 times for Ulster as well as having represented Ireland at Under-19 and U20 levels before jetting off to Championship club Ritherham in 2014.