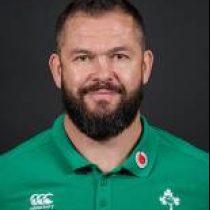 Introduced to rugby league at the age of 10, Farrell made his debut for Wigan at 16 and went on to play 370 games for Wigan, scoring over 3000 points and became the youngest player to win in a Challenge Cup final at 17 years.

His playing achievements include winning the first of 34 caps for Great Britain at 18, being part of the Wigan team that beat the Brisbane Broncos down under to win the World Club Challenge that same year.

March 2005 saw him retire from rugby league and was recruited by Saracens after the stellar playing career in league with Wigan and Great Britain. His playing accomplishments in union never hit those heights, largely because of a knee injury, although he did represent England in the 2007 World Cup and won eight caps.

After retiring from playing in 2009, he took up the role as Saracens skill coach and subsequently became first-team coach the following year. After being loaned to the RFU for the 2012 Six Nations Championship, Farrell became a permanent appointment as backs coach.

Having proved himself with England, Farrell toured with the British and Irish Lions in 2013 acting as defence coach, helping the team to 2-1 Test series victory over Australia.

In November 2015, England appointed Eddie Jones as head coach, with Jones sacking Farrell along with the rest of the coaching team after a dismal World Cup showing.

He was then appointed as Ireland's defence coach, helping to oversee an away victory over South Africa and then a spectacular success against world champions New Zealand in Chicago, before a memorable autumn campaign concluded by Ireland defeating Australia.

In November 2018, Farrell was confirmed to be Joe Schmidt's successor as Ireland head coach following the 2019 Rugby World Cup.