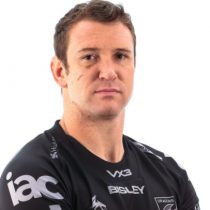 Having represented Wales u20s and the national Sevens team, Adam Warren has become a regular starter in the PRO14.

Warren began his professional career at Scarlets with his debut coming against Aironi in 2011.

A strong debut season led to a national call up where he earnt a Welsh cap against the Barbarians in June 2012.

The summer of 2015 saw the hard running centre make the switch to the Dragons where made his debut for the Welsh Region against Connacht in Round 1 of the 2015/16 Guinness PRO12.

Ever-reliable and consistent, Warren has made 110 appearances for the Dragons and has scoring 15 tries (As of June 2020)