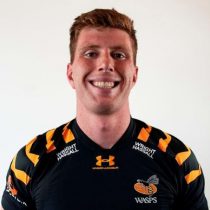 Will Wilson re-joined Wasps’ Senior Academy ahead of the 2018/19 season having completed his studies at Oxford University.

The Wasps Under 18s graduate appeared in two Varsity matches and made a handful of A League appearances for Wasps during his time at Oxford.

Wilson featured three times for Wasps A in their 2018/19 Premiership Rugby Shield campaign, but his season was cut short with injuries.

The former England 7s player spent summer 2019 with Griquas in South Africa, helping them win the SuperSport Rugby Challenge title and remained with the squad for their 2019 Currie Cup campaign.

He was named as captain of Wasps' 2019 Premiership 7s squad and led them to a sixth successive final in the competition.