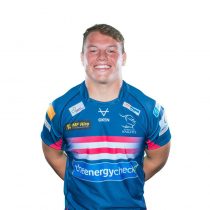 Academy star Holling became the third youngster to put pen to paper on a new one-year-deal to sign for the Knights in April 2019 as he progresses up the pathway of the club.

The hooker follows in footsteps of Sam Jones and Sam Pocklington for joining the Doncaster first team from the academy and has featured most of the 2018/19 season for Doncaster Phoenix with the side enjoying a four-game winning streak.

Will spent four months in Australia with Griffith University after Director of Rugby Clive Griffiths recommended him to a friend over in the country that was flying over to be a coach.