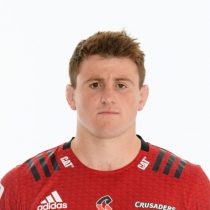 Sanders started out his senior career with Canterbury during the 2014 ITM Cup making his debut against Auckland in Week 1 of the competition. He had to settle for a place on the replacements bench most weeks but did come on to good effect and scored 3 tries in 8 appearances during the season.

His displays didn't go unnoticed and he was named as a member of the Crusaders wider training group for the 2015 Super Rugby season.

Sanders made his Super Rugby debut against the Crusaders in 2016, he made 12 further appearances in 2016, before signing for the Chiefs 2017 Super Rugby season.

In August 2017, Sanders returned to the red & black of the Crusaders for the 2018 Super Rugby campaign.

Sanders has made 18 appearances in Super Rugby scoring 3 tries, he has also represented Canterbury 33 times.