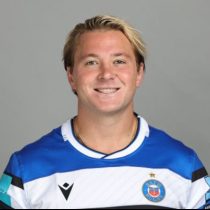 Former Bath University captain Tom Doughty is looking to continue his rise in the Blue, Black and White following his captaincy role at the University of Bath for 2018/19.

The hooker featured for Bath United in the Premiership Rugby A League, coming off the bench against Saracens Storm in April.