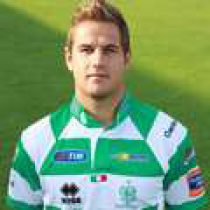 Originally from the Western Cape in South Africa, Botes started his career at Griquas in 2006 until after 3 games with the Cheetahs in the Super Rugby League, he left for Benetton Treviso in 2008. His good form at Treviso led to an international call up and he made his test debut against France in February 2012 at the Stade de France. His encounter with the referee Nigel Owens went down as one of the more comical interactions between a referee and player in recent times.