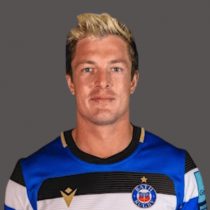 Schoeman played for Witbank-based outfit the Pumas in the 2010 Under-19 Provincial Championship and finished as the top scorer in Group B of the competition, 17 points ahead of Arno Poley of the Falcons U19.

He was included in the Blue Bulls squad for the 2013 Currie Cup Premier Division season and was even named on the bench for their match against the Natal Sharks, but failed to make an appearance.

In 2015, he was also included in the Bulls squad for the 2015 Super Rugby season and was named on the bench for their Round Three match against the Sharks in Pretoria.

Ahead of Super Rugby 2017, Schoeman has scored 73 points in 22 appearances.

In April 2017 he agreed to join Bordeaux-Begles for the 2017/18 season, following the expiration of his Bulls contract in October.

In January 2021, the South African signed a deal with Bath Rugby.