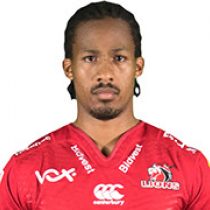 Educated at Outenique High, the fullback played U18 provincial rugby for the South Western Districts in 2010 & 2011. A move to Potchefstroom saw Mahuza running out for the Leopards U19 team and Pukke in the Varsity Cup. Selected to represent South Africa at the 2013 IRB Junior World Championship, Sylvian then went on to make his Currie Cup debut for the Leopards in the same year.

Mahuza has remained a member of the Lions Currie Cup and Super Rugby squads and has been used mostly as an impact player but the exciting fullback is still young and has all the opportunities in the world as he helped the Lions to a Super Rugby final in 2016.

Ahead of the 2018 season, Mahuza has made 20 Super Rugby appearances, scoring 30 points.