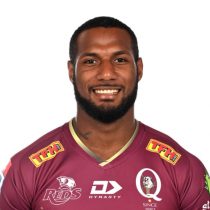 Born in Suva, Vunivalu moved from Fiji to New Zealand at 16 and played Rugby Union at Auckland’s St Kentigern College.

After impressing in schoolboy Rugby, he made the Auckland Blues development squad before being poached by rugby league and moved to Melbourne as an 18-year-old with the Storm’s U20s squad.

Vunivalu made his NRL debut for Storm in 2016 and quickly set the league alight, breaking the record for the most tries of any player in his first two seasons.

In 2017 he was selected for his Fiji Bati international debut at the Pacific Rugby League Test against Tonga and went onto score 12 tries in eight Tests for the side.

On 31 August, Vunivalu extended his contract with the Storm until the end of the 2020 season having scored scored 72 tries in 94 NRL games.

In December 2019, he signed to make the shift from Melbourne to Brisbane to link with the Queensland Reds for the 2021 and 2022 Super Rugby seasons.