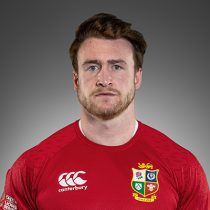 The highly versatile Stuart Hogg made his Scottish senior debut replacing Max Evans during the 2012 Six Nations fixture against Wales. Hogg did enough in his brief cameo against Wales to be awarded a start against France a fortnight later, an occasion he marked with a try.

Hogg’s ascension to the Scottish senior squad came as no surprise. Previously in the academy of the now defunct Border Reivers, Hogg signed for Glasgow Warriors, for whom he made his debut in February 2011. He is a former captain of the Scotland U-18’s and has also represented the Scotland U-20s in their 2011 Junior World Championship campaign.

Hogg has the genuine gas and open field running skills which make it almost impossible to shut him down. After impressing in the 2013 6 Nations, the young Scotsman was selected to tour Australia with the British and Irish Lions.

Having been selected in the 31-man squad, he played in all five of Scotland's matches at the 2015 Rugby World Cup, in which they were eliminated in the Quarter-Final stage by Australia after a controversial decision by referee Craig Joubert which has since been declared by the WRU to be the wrong decision.

The 2016 Six Nations Championship again saw Hogg in the thick of the action, scoring tries against France and Ireland, the latter an inspired 55-metre individual effort after collecting a high ball. He was also widely praised for his creativity throughout the tournament, setting up a number of tries against the French and Italy. Hogg was subsequently named as the Player of the Tournament.

The Warriors full-back received his 50th cap against France in 6 Nations, becoming the youngest Scot to ever do so. Since making his international debut he's started every 6 Nations game, November International, Summer International & RWC games which he has been available for.

Hogg was awarded the 2017 Six Nations Player of the Championship for his outstanding performances, taking the award for the 2nd consecutive year.

In April 2017, he was named as one of the 41 man squad for the British & Irish Lions to NZ. Mature beyond his years, the Scottish full-back has already broken through the 50-cap barrier for his country and that experience will serve him well four years on from his first Tour.

He pulled on the Lions jersey in 2013, when he was the youngest player to tour Australia and played five matches.

Hogg made two appearances for the British and Irish Lions on their tour to New Zealand in 2017 before sustaining a facial bone fracture in the match against the Crusaders, he was ruled out for the rest of the tour.

He went into the 2018 Six Nations tournament with 57 Scotland caps to his name.

In November 2018, the Scotland and British Lions full-back signed a two-year deal with Exeter Chiefs.

In January 2020, Hogg was named Scotland captain for the 2020 Six Nations, becoming the most experienced player in Scotland's 38-man squad for the tournament.

In May 2021, Hogg gained selection for the 2021 British & Irish Lions tour to South Africa.