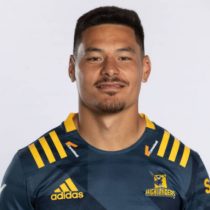 Tomkinson is an exciting player with a big future who only made his provincial rugby debut for Otago in the ITM cup in 2015 after playing for the 2014 New Zealand Schools team.

A skillful, hard-worker with a big heart, 2016 has been, thus far, a development year for Tomkinson where he has the chance to grow and develop as a player in the Super Rugby environment.

Tomkinson will be part of the Highlanders Super Rugby squad for the second time in the 2017 season and will be hoping to make his debut this season.

The young centre made his debut against the Chiefs in Dunedin and went on to make a further 10 appearances for the Highlanders in 2017 and scored his first try against the Brumbies.

Tomkinson will look to make the position his own in 2018 following the departure of Malakai Fekitoa.

2020 will be a big year for Sio as he will look to capitalise on more time on the field.