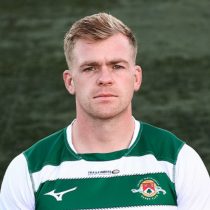 Linsell graduated in Arabic and Middle Eastern Studies at the University of Exeter.

Whilst at Exeter, he also skippered their successful BUCS Super Rugby side, fierce rivals of Hartpury’s own university team.

Having grown up in the Cotswolds and played for his local club, Painswick RFC, his schoolboy career at Marling (Stroud) led him to the Gloucester Rugby Academy and eventually to Hartpury.

Linsell played a number of games in the successful 2013-14 season, which saw the club promoted to National League 1.

In August 2018, he was named captain of Hartpury ahead of the 2018/19 Championship season.

He signed for Ealing in 2020 following a stint with Gloucester