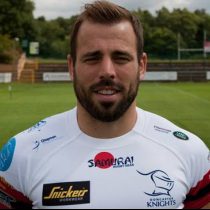 Humberstone spent two seasons playing with Cardiff Blues and Pontyprydd. The outside half made made 15 appearances in the Pro12 and LV Cup competitions with the Blues and displayed impressive stunts for Pontypridd in the Welsh Premiership and has subsequently been inducted Ponty's club Hall of Fame.

Humberstone started his rugby career in the Harlequins Academy and gained representative honours with South East England and England Students.

He spent a season playing with Heriot RFC in Otago, New Zeland, before returning to the UK to study at prolific Rugby institution UWIC, featuring in the College’s Championship winning Welsh Division One East campaign.