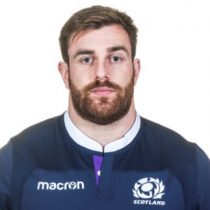 He earned selection for the provincial Canterbury academy B team and Crusader Knights, the development squad of the Super Rugby giants, before securing a one-year chance to prove himself in the capital.

He made his debut off the bench against Cardiff in April 2014 and his contract was extended for a futher season.

In January 2017, Berghan was included in Scotland's squad to compete in his debut Six Nations Championship.

In May 2017, Edinburgh bolstered their pack for the following season with the re-signing of Berghan on a two-year deal.

Capped 5 times by Scotland, he added more experience in the national team at the 2018 Six Nations tournament.

He made 3 starts including the wins against France and England at BT Murrayfield.

During the 2019 Rugby World Cup, Berghan added two more caps to his collection before being named in Scotland's squad for the 2020 Six Nations.

In 2019, he signed a new two-year deal with Edinburgh, which will see him remain in the capital until at least May 2021.