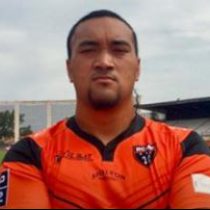 Former San Francisco Rush player Siaosi has signed with Narbonne in the ProD2 for the 2017/18 season, on a three-year contract.

In one season with the Rush, Mahoni went from a fringe player to one of the stand out performers in the league.

However, he wasn't named in the Eagles squad for the June Internationals or World Cup qualifiers.