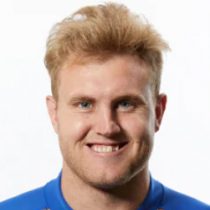 After playing for the EP U18 Craven Week and U19 teams during his matric year, Gates found himself in the senior squads at the Kings during his first season of professional rugby.

He went on to captain the side for the first time in a friendly encounter against the Golden Lions in June 2016. With the Kings returning to Super Rugby in 2016 season, Gates was named vice-captain for the season.

He captained the Kings for first time against the Cheetahs in May following an injury to regular captain Steven Sykes.

After six seasons at the PE-based union, he decided to look abroad for opportunities, where he landed a deal with Japanese club the Shining Arcs in 2016. He soon joined the Sunwolves for the Super Rugby campaign.