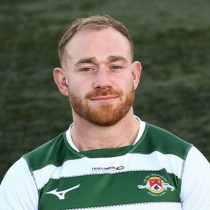 Buckley made 12 starts for Ireland U20 before completing three years in the Munster Academy, where he was named Academy Player of the Year 2014, and eventually secured a senior contract.

After eight appearances for Nottingham, Buckley signed a deal with Nottingham.