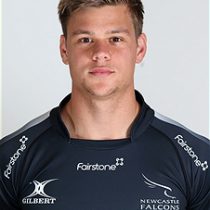 attended Paarl Boys' High School, where he was first selected to represent local provincial union Western Province at the Under-16 Grant Khomo Week in 2010.

After the 2014 season, Ferreira went to England to have trials with Newcastle Falcons, English Premiership side . He was named on the Saracens bench for their match against Ospreys in the 2014–15 LV Cup

Ferreira returned to South Africa to join the Eastern Province Kings for the duration of the 2016 Currie Cup Premier Division.

Fereira made his international debut for Germany against Uruguay in August 2016, he qualifies to play for Germany through virtue of his German mother.