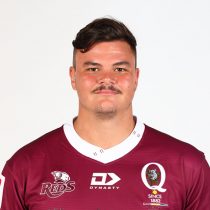 After getting his first taste of the National Rugby Championship (NRC) in the same year for Bond University Queensland Country, Farrell made the switch to Brisbane City in 2018 and was again selected in City’s squad for 2019.

After being handed a Reds Developing Squad contract in 2019, Farrell was elevated to Queensland’s Wider Training squad for the 2020 Super Rugby season.