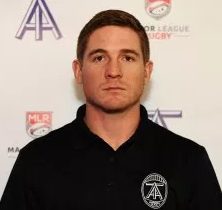 After playing for Leinster on a short-term contract in 2013, Windsor joined the Warriors in December 2014 on trial from New South Wales Country Eagles but dislocated a shoulder in his first match.

He joined the Ulster set-up in April 2015 before requesting an early release from his contract to allow him to move to America to be with his fiancée, while he will also pursue his rugby career in the region.