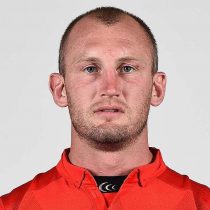 Prattley made his provincial debut for Tasman in 2010. During that period, he was involved in the Crusaders and Highlanders wider training groups but did not make any Super Rugby appearances.

He shifted to Auckland for 2013 and injuries in the Blues front-row saw him brought in as emergency cover. He made a total of four appearances during the 2013 Super Rugby season before linking up with Auckland for the 2013 ITM Cup where helped his side to a semi-final place.


In April 2018, with all six of the Chiefs originally contracted props out injured, Prattley received a shock call-up by the Waikato based franchise.


He made 10 appearances for the Chiefs throughout the season and went onto feature regularly for Auckland in their successful 2018 Mitre 10 Cup season that saw them beat Canterbury in the final.


In December he was confirmed as a Sunwolves player for the 2019 season. He enters the new season with 49 Super Rugby caps.