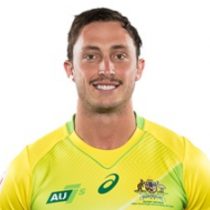 A member of Sydney Northern Suburbs Sevens side and first and second grade XVS side, Sam Myers was called up to make his debut for Australia to replace the injured Lewis Holland in the third round of the Qantas Men's Sevens 2013/2014 HSBC Sevens World Series campaign in South Africa. His combination of power and pace and ability to make numerous line breaks adds an extra dimension to the Qantas Men's Sevens.

Myers was named in the London Sevens tournament Dream Team in May 2014 after running in seven tries during the course of the weekend, and played in every round of the 2013-14 HSBC Sevens World Series. Myers played in all but one of the legs during the 2014-15 season. Head Coach Geraint John handed Myers a full-time contract with the Men's Rugby Sevens program in September 2014.

In 2017, Myers was named in the Australia Gold side for the Central Coast Sevens before then gaining selection in the Aussie team that travelled to Silicon Valley Sevens and took out the final to the USA hosts 15-12. In addition to adding to his caps in 2017, Myers is also looking to add to his impressive 202 career points.