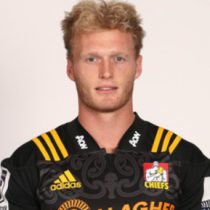 McNicol played as a fullback for Wellington in the 2015 ITM Cup. During the 2015 Super Rugby season he was called up to the Hurricanes wider training group and made one appearance, and was eventually signed for the Chiefs ahead of their 2016 Super Rugby campaign.

McNicol scored 2 tries in 11 appearances in his first season with the Chiefs and despite injuries holding him back once more in domestic rugby, he was retained in the squad for Super Rugby 2017.

Although he is primarily an outside back, McNicol filled in for the injured Charlie Ngatai during the 2017 Super Rugby season.

McNicol, named for the Chiefs squad ahead of the 2020 Super Rugby season, has obtained 18 caps so far and will be looking to extend this.