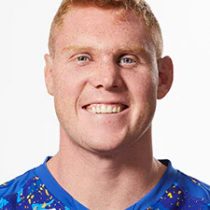 Jeffries, who attended Nudgee College in Brisbane, represented Australia U20 in 2012, and joined the Club from the Rugby nursery at Sydney University, where he studied Construction Management.

Sam played alongside fellow 2014 Rebels recruit Sean McMahon in the Australian U20s in 2012.

Following the departures of experienced second-row forwards Hugh Pyle and Chris Thomson at the conclusion of the 2014 season, Jeffries was elevated to the Rebels' first-team squad until the end of the 2016 Super Rugby season.

His impressive form secured his place in the squad for the 2017 season, where he will look to add to his 17 Super Rugby caps.

Jeffries made the move to NEC Green Rockets ahead of the 2018/19 Top League season.