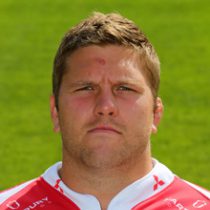 Having graduated, the tighthead prop took up an academy contract with Newcastle Falcons before leaving in 2009 when he joined Gloucester. In the summer of 2012, Harden earned a call up to the England squad on tour in South Africa.