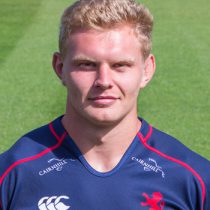 Bartle has an impressive amount of experience, having featured in both Gloucester and Cardiff Blues academies, and he has also represented Wales Under 20s.

The season before joining the Scots was spent studying at Hartpury College, where he also featured heavily for the National One outfit.

He was confirmed as London Scottish team captain for the 2016/17 season.

Bartle has been with London Scottish for the past two seasons, having formerly been at Hartpury College and played Aviva 'A' League rugby for Gloucester.

The 21-year-old, who can play anywhere in the back five of the scrum, was born in Pontypridd and began his pro career within the Academy section at Cardiff Blues, and has a Wales under 20 cap. He made almost 50 appearances during his time with London Scottish and captained the side this season.