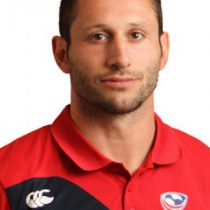 Shaw formerly played for Bristol, but was released at the end of the 2010-11 RFU Championship. After his release, he played for a number of club, namely: London Wasps, London Welsh, Connacht and Galwegians.

In July 2011, Welsh region the Scarlets said that Shaw was training with them to be ready for the 2011-12 season.

In June 2013 Shaw signed to play for Esher in National League One and signed with Ohio for the 2016 season.

Ahead of the 2017/18 campaign, Shaw joined newly promoted Hartpury for their Championship challenge.